Note: this has originally been posted at https://blog.soykaf.com/post/pleroma-release-0.9.9/

The first commit in Pleroma happened 2016, on October 26th. Now it's a few years and months later, and we are doing our first stable release! 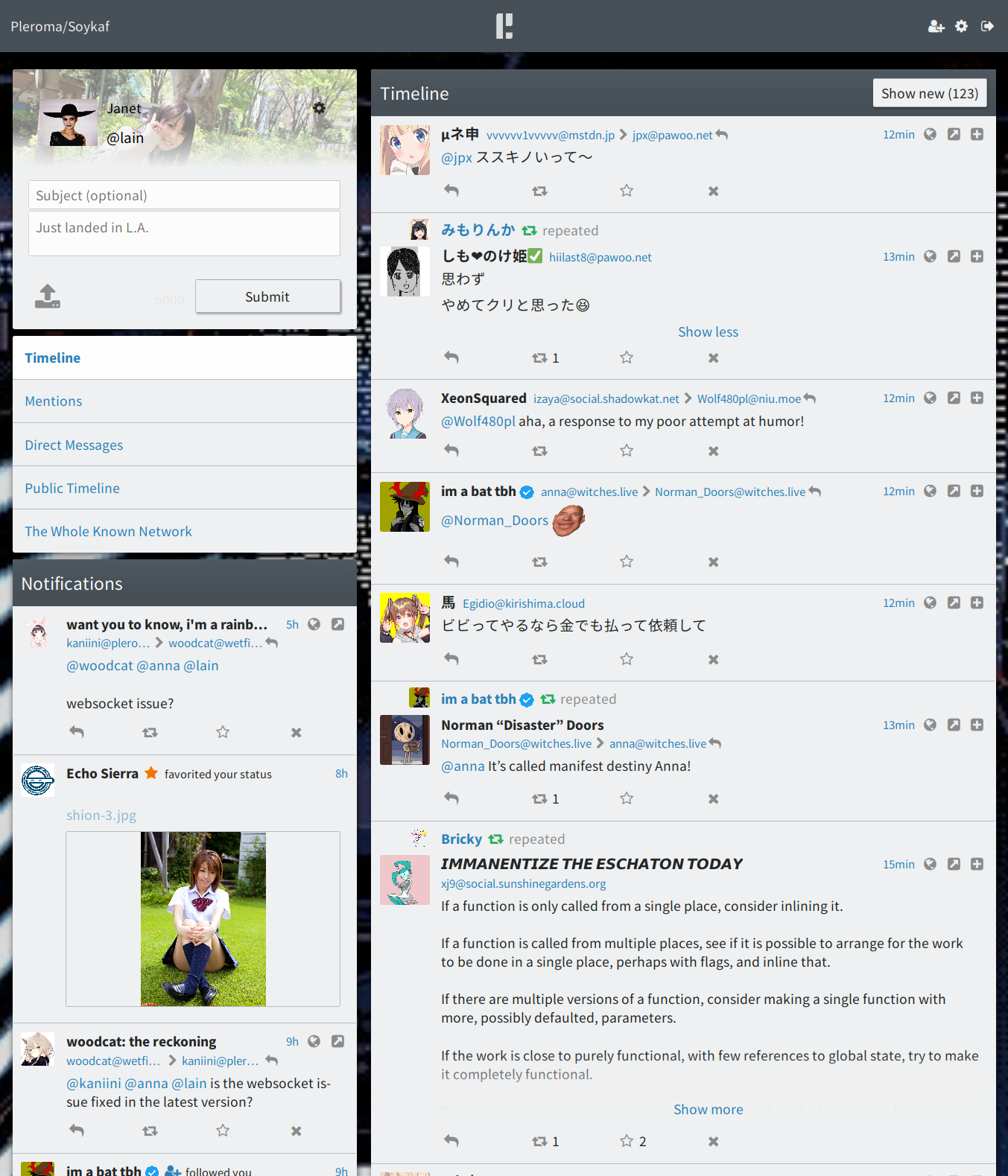 Pleroma has been growing a lot last year. According to fediverse statistics, we now have over 400 instances online on the network. We are seeing more people use it everyday, because it is easy to setup and runs on small devices like a Raspberry Pi.

For a rather long time, only I was running a Pleroma instance. For another long time, maybe 10 or 20 other instances were online. With a community of that size, it was easy to tell everyone to just use the development branch and notify them when something breaky happened. But by now we have around 80 contributors and over 400 admins and not every piece of code is written or reviewed by me. This led to a few rather rough upgrades, which could have been avoided by having a stable branch. 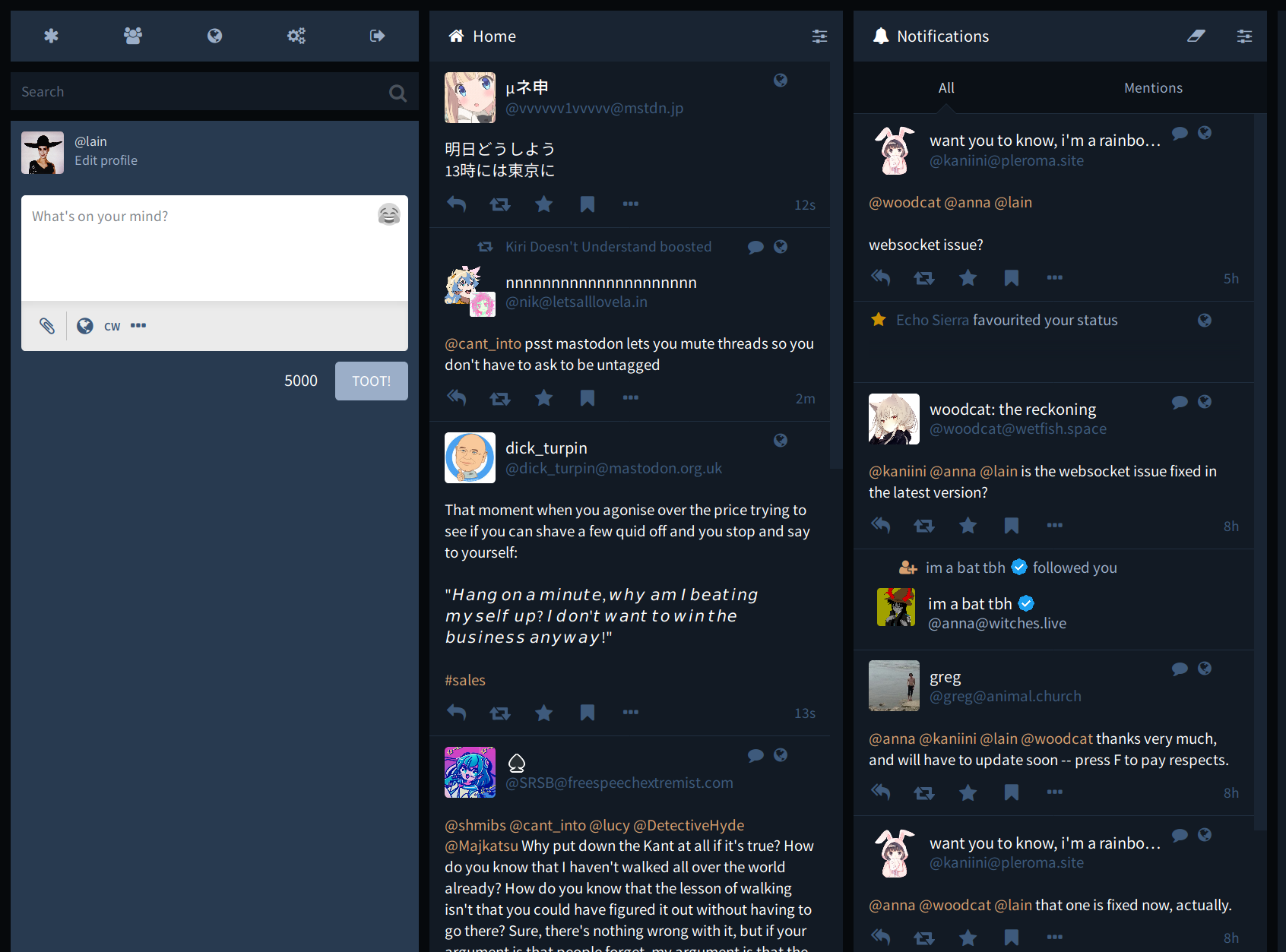 So today, I am releasing the first stable Pleroma release, Pleroma 0.9.9 (a very strong release, maybe the strongest!). So why should you use it? Here are the nice things about it:

By now, Pleroma has become a useful tool for thousands of users and this stable release is a great milestone to promote this.

If you want, you can still run on the develop branch, but expect this one to be in flux a lot.

You can find the release at our Gitlab or download the tar.gz right here.